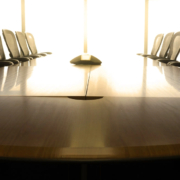 Multichannel lender Finance of America (FOA) announced Thursday its chief executive officer, Patti Cook, will retire as soon as the company finds a successor. Cook will remain on the board of directors until the annual meeting of stockholders.

“I will continue to lead FOA until my successor is found, who will drive the execution of the long-term growth strategy we’ve laid out for the company,” she said in a statement. Cook added she is committed to a “smooth transition.”

Cook joined FOA in March 2016 as senior managing director, became president after one year and, in October 2020, was announced as CEO. The company grew to more than 5,000 employees across 300 global offices during this period.

“I am so proud to have played a role in building this purposefully different consumer lending platform with the broadest range of products and services designed to help a diverse consumer base,” Cook said.

During her period as CEO, the company made its debut on the New York Stock Exchange in April 2021, after merging with the blank-check company Replay Acquisition Corp.

Cook, a HousingWire Woman of Influence in 2021, began her career after earning her MBA at New York University, joining Salomon Brothers in 1979 as one of the few female MBAs on Wall Street at that time.

She went on to become the chief investment officer first at Prudential Investment Management and then at JP Morgan Fleming Asset Management before serving as executive vice president and chief business officer at Freddie Mac from August 2004 through the end of 2008. During that period the GSE was put into conservatorship following the financial crisis. Cook also served as executive vice president and then president at Ditech before joining FOA.

Finance of America’s valuation at the debut was expected to be $1.9 billion. Like virtually all mortgage lenders, FOA posted record profits and originations in 2020. Pre-tax net income grew 541% to $500 million, compared to $78 million in 2019.

Now, the company is valued at $205.9 million. In 2022, the environment is much harsher — margins for all lenders are shrinking as mortgage rates climb into the 4% range and refinance activity is falling.

Last year, Finance of America — which ranks 29 among the largest mortgage lenders in the country — originated $29.1 billion, with an increase of 0.8% compared to the previous year, according to Inside Mortgage Finance. The company is expected to publish its 2021 earnings on March 2.

The board has started a search for a new CEO. “We are committed to moving swiftly, but deliberately — and we are looking far and wide for the best leader to take this company forward, realize our long-term vision and maximize the lifetime household value of our customers,” Brian Libman, the company’s chairman, said in a statement.

According to a document filed with the Securities and Exchange Commission (SEC), Cook was granted 1,307,195 restricted stock units in June due to incentive plans and award agreements with the company, but 980,397 are unvested as of the date. In addition, the executive was granted the right to receive up to 136,800 shares of Class A common stock.