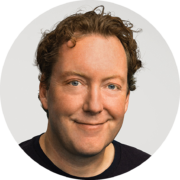 The warehouse facility will allow the company, a subsidiary of Figure Technologies, to originate conventional loans as well as jumbo loans, the company said in a statement Wednesday.

In a statement, Figure said the $100 million loan facility represents another push toward growth in mortgage lending. The company’s mortgage business grew nearly 50% month-over-month in the fourth quarter, and Figure expects further growth in 2021, it said.

This is the fifth financing facility for the online lender, having closed nearly $1.5 billion across these deals. Wall Street partners in financing facilities include Jefferies, other banks and funds and now JPMorgan Chase.

“This facility with J.P. Morgan will help us continue to innovate in the lending space,” said Cagney, CEO and co-founder of Figure. “We hope to build on our 2020 momentum, both in volume and in bringing blockchain into the mortgage market.”

How 2020 continues to impact mortgage closings

HousingWire spoke with Altisource Vice President of Product Ben Hall about the increased adoption of RON and how Altisource supports lenders looking to move to full eClosings.

Cagney’s new company, founded in 2018, has bet big on blockchain technology bringing speed and efficiency to the industry. It focuses on refinancings, but also offers HELOCs and personal loans.

The company has applied for a national bank charter that would permit it to take uninsured deposits of over $250,000 from accredited investors, but not FDIC-insured deposits.

Cagney helped found Figure in 2018 after leaving SoFi in 2017 following reports about a toxic culture and sexual harassment at the company.

Under Cagney’s leadership, SoFi was able to raise huge amounts of money, including a $500 million Series F round led by Silver Lake, and a $1 billion round led by SoftBank.