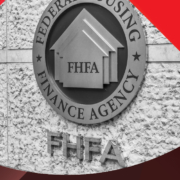 In fact, FHFA’s new fee structure for government-sponsored enterprises (GSEs) Fannie Mae and Freddie Mac is expected to largely offset the effects of other recent policy changes that were projected to be a drag on the secondary market in 2022, according to Dashiell Robinson, president of Mill Valley, California-based Redwood Trust.

“We do view the announcement to be a constructive one for the non-agency market,” Robinson said. “The new pricing framework … should shift supply toward private market participants, like Redwood.

“In today’s current market, we see private-label securitization execution for these [high-balance and second-home loan] products as more favorable than selling to the GSEs, which should only become more apparent.”

“Redwood, through our Sequoia program [as of year-end 2021] has securitized nearly $30 billion of high-balance loans, across 76 deals since 2008,” Robison said. “We also distribute close to 50% of our production via whole loan sale to various insurance companies, asset managers and financial institutions — additional important sources of liquidity to the private sector.”

Chris Abate, Redwood’s CEO, added: “The FHFA’s announcement provides welcome additional alignment between private capital and the GSEs in furthering our collective goals for housing access and affordability. Redwood remains a highly complementary partner to the GSEs, and we view these changes to be constructive for non-agency origination volumes overall.”

That alignment, however, is subject to policy changes that bend and flex the relationship between agency and non-agency markets over time. The latest policy change for Fannie Mae and Freddie Mac will bump up loan-level origination fees for high-balance mortgages by between 0.25% and 0.75%, based on a tied loan-to-value schedule. For second-home mortgages, the tiered fees will increase between 1.125% and 3.875%.

Two other recent policy changes announced last year, though, were deemed negative for the private-label market because they were seen as pushing more mortgages and securitizations toward the GSE bucket.

In November 2021, FHFA, which oversees the GSEs, announced it was bumping up conforming loan limits for 2022, with 95% of U.S counties being subject to a new baseline GSE loan-limit of $647,200, while some 100 high-cost counties will have conforming loan limits approaching $1 million. As the GSE loan-limit box expands, it takes loans away from the private market, loans that can be pooled for private-label securitizations.

Likewise, a surge in private-label transactions and deal volume in 2021 was propelled initially, in part, by FHFA policy changes in January 2021 to the preferred stock purchase agreements (PSPAs) governing the GSEs. The key change was a cap placed on the GSEs’ acquisition of mortgages secured by second homes and investment properties. The private-label market boost from those changes was undone, however, by their suspension last September and are now under review by FHFA.

FHFA Acting Director Sandra Thompson, nominated by President Joe Biden to become the permanent director of the agency, appears to be listening to the private market’s concerns about GSE mission creep, at least when it comes to the question of affordable housing.

“Compared to previous years, the 2022 conforming loan limits represent a significant increase due to the historic house-price appreciation over the last year,” she said at the time the new loan limits were announced. “FHFA is actively evaluating the relationship between house-price growth and conforming loan limits, particularly as they relate to creating affordable and sustainable homeownership opportunities across all communities.”

The recent decision by FHFA to beef up its upfront loan-pricing fees for high-cost and second-home loans starting in April appears to be delivering on that promise, given it expands resources available to the GSEs for addressing affordable-housing concerns while also widening the playing field for the non-agency market.

“For the industry, we expect the announcement to drive non-agency origination volumes higher, generally offsetting the projected decline from the higher conforming loan limits,” Robinson said. “We also believe that the new loan-level price adjustment for second homes is a logical surrogate for the prior cap as it provides additional subsidy in a more predictable pricing fashion for origination.

But what the government gives, it also can take away again in the future. “Ultimately, if the new policy remains that way for an extended period, you will see the private-sector step in and possibly create greater liquidity,” said Tom Piercy, managing director of Denver-based Incenter Mortgage Advisors. “But does it go the way of the second-home and investor-loan caps … six or nine months from now?”

But it’s not likely that a policy reversal on the GSE loan fees will be in the cards anytime soon, according to some industry observers, assuming Thompson’s confirmation hearing goes well for her this week and she is named the permanent director of FHFA. Those observers point out that the federal policy for the government controlled GSEs is guided by the administration in power.

The January 2021 changes to the PSPAs that capped the GSEs’ purchase of investor-property and second-home mortgages, for example, was a policy initiated under the Trump administration. The caps were suspended in September 2021 under the Biden administration. It is in that context that the upfront loan fees are now being boosted.

“While there have been many policy changes as of late for originators to digest, there are currently significant growth drivers for the industry,” Redwood’s Robinson said.  “[Those include] the move to the new qualified mortgage (“QM”) definition, anticipated growth in non-QM [mortgages] as originators look for more products to combat higher rates, and slight easing of the overcorrection in lending standards that occurred due to COVID, particularly as the economic recovery remains solid.

“We have witnessed a number of recent and on-going examples of the strength and importance of the non-agency market, especially in addressing the evolving needs of the housing market,” Robinson added, “and we would expect that positive momentum for the industry across non-agency products to continue.”