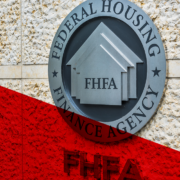 Fannie Mae and Freddie Mac’s regulator imagines a future where, perhaps through artificial intelligence and machine learning, errors in mortgages are identified in real time before a loan is closed.

Automating compliance could make eligibility, as well as pricing and pooling decisions, and verify and validate that information.

But that scenario is a long way off. Although investors have poured an increasing amount of money into fintechs — $1.7 billion in 2021, up from $0.4 billion five years ago, per the Federal Housing Finance Agency — closing a mortgage loan has since gotten more expensive, not less.

The FHFA this week launched a new Office of Financial Technology, which it said will be the main point of contact for fintech matters.

At the same time, the agency is seeking feedback on how to incorporate technological advancements into the mortgage lifecycle. Through a request for information, the FHFA said it would like to better understand the “potential innovations throughout the mortgage lifecycle and related processes, risks, and opportunities.”

The FHFA asked the public to help it identify “barriers” to implementing fintech in the housing finance ecosystem. It also emphasized the importance of balancing housing equity with technological innovation.

The FHFA said it was following in the footsteps of other financial regulators by establishing its own fintech office. Agencies with existing fintech offices include the Federal Deposit Insurance Corporation, the Office of the Comptroller of the Currency and the Consumer Financial Protection Bureau.

The agency said it is interested in the role of fintech in the “ecosystem” of residential mortgages, its role in the secondary mortgage market, the risks of using fintech and its application to compliance and regulatory activities.

In terms of risks, the FHFA highlighted a number of examples that it is taking into account. Those include inadequate regulation of the fintech sector, cybersecurity vulnerabilities due to “complex, poorly understood, or poorly managed innovations,” consumer privacy threats, fair lending violations, and legal, compliance and reputational risk.

The agency also raised the possibility that algorithms may have differential and negative impacts on minorities or underserved markets, and that fintech platforms could “erode the accumulated wealth of individuals and firms” that participate in them.

There is much in the mortgage process that fintechs might improve, but so far, the FHFA wrote, it has not made producing mortgages less costly. Full production costs per loan totaled almost $9,500 in the fourth quarter of 2021, up from a little over $7,500 five years earlier.

The time it takes to close a mortgage loan is still lengthy — on average, 46 days from application to closing. During that time, the average prospective borrower has 30 interactions with sales representatives, the regulator wrote.

Those costs, and the timeline to close a loan, are not equitably distributed, according to the FHFA.

“Underserved populations are often most cost and time-burdened due to historical and ongoing structural and systemic barriers,” the agency wrote.

But the agency is optimistic that fintech innovation can eventually make mortgage processes more equitable, as well as more efficient.

Although the efficiencies and savings haven’t yet materialized, FHFA cited research from McKinsey and Company claiming that a “reengineered, digitalized mortgage origination process could reduce costs by 10%, reduce timelines by 15 to 40%, and reduce interactions with borrowers by 15% to 40%.”

Ex-Sprout employees: no paychecks, no severance and now, no health insuranc...
Scroll to top