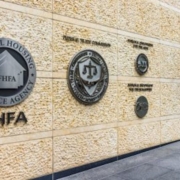 Mark Calabria, the director of the Federal Housing Finance Agency, must go. He is slowly but surely undermining the system he has been charged to oversee, imposing his ideological will on Fannie Mae and Freddie Mac in a way that will leave them weaker, and the housing finance system that depends on them increasingly unable to meet the critical housing needs of the nation.

His mistakes are rooted in a fundamental misunderstanding of how the GSEs work. He believes that their large market presence is a problem, and the result of being undercapitalized. So he has set out to reduce that share by dramatically increasing their capital and reducing their footprint. Their large market presence is not because of their capital levels, however, but because they provide something no institutions other than FHA, USDA and VA provide: the government guarantee.

The government guarantee attracts trillions of dollars of investment from all over the world, from parties that would simply not invest without it. This, in turn, creates stable, deep liquidity, which reduces mortgage rates, particularly for long-term fixed rate lending.

Their large market share is thus not because of a capital arbitrage, but because they have a prohibitive market advantage in the government guarantee. And it is not a flaw, but why it works, and how it provides broad access to credit through the economic cycle.

This basic misunderstanding of the GSEs’ role has led Director Calabria down an ill-informed path of so-called reform, forcing the GSEs to capitalize to levels well above what makes sense and reducing their footprint just for the sake of reducing their footprint. This has us on a path to a system in which lending will be more expensive and less widely available, leading to a housing finance system that is less stable and provides less access to credit. In short, it makes no sense.

The way that he’s going about this is also doing unnecessary harm to the GSEs and the industry around them. He has imposed price increases and market caps on lenders that already had commitments from Fannie and Freddie on prior terms, forcing them to find a new home for loans that had already made and take losses on those sold to the GSEs, and driving up the cost of a mortgage during a pandemic.

And he refused altogether to allow the GSEs to guarantee the loans of those who accepted the offer of forbearance made by policymakers during the pandemic, sticking lenders once again with losses and driving up the cost of credit still further during the pandemic. This, in turn, led to a call from consumer and trade groups calling for it to be rescinded.

More unnerving, though, is his heavy-handed treatment of the GSEs themselves. Viewing them to have “some of the worst corporate cultures I’ve ever seen in corporate America,” Calabria has proposed pay cuts on their executives, new restrictions on employment for those leaving and claw-backs of bonuses and deferred compensation if the GSEs stumble during a time of market stress. Not surprisingly, this has led a rise in departures in the senior ranks.

None of this should be a surprise, as Calabria has long dismissed the value that the GSEs provide in the system. Calling the securitization of government-backed lending “a false god that has failed us,” his preference has been for an “originate to hold” system, in which only depositories make mortgages and simply hold them on their books — in effect giving the system to the big banks.

We have offered only a few examples of the missteps down this irresponsible path — there are unfortunately many more. Motivated by a fundamental misunderstanding of the mortgage market, Director Calabria is reducing and weakening the two institutions on which the nation’s mortgage and housing markets still depend. If he is allowed to continue, he will cripple these markets, leaving us with less access to credit and more systemic instability.

We are all for housing finance reform, and have argued for it repeatedly. But reform means taking what works in the current system and building on it. Director Calabria is instead tearing down what works. It is time for him to go before he does any more damage.