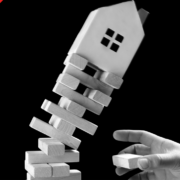 Pennsylvania-based Customers Bank, which has warehouse lending operations located in Hamilton, New Jersey, is listed as the largest unsecured creditor in the FGMC Chapter 11 case — with a claim of $25 million, court pleadings show.

A 2021 report by industry publication Inside Mortgage Finance ranked Customers Bank as the 10th largest warehouse lender nationally in terms of financing commitments as of Q3 2021 — at $5.4 billion.

Scott Goodwin, senior vice president of warehouse lending at Customers Bank, said the debt exposure in the FMGC case “is guaranteed by a PIMCO entity, and we expect to be paid in full.”

Behemoth investment management firm PIMCO in 2015 purchased a stake in FMGC, according to a report by Inside Mortgage Finance at the time.

HousingWire reported late last week that First Guaranty had laid off nearly 80% of its staff and stopped accepting new mortgages. The lender then filed for Chapter 11 bankruptcy on Thursday, June 30.

“While we have made considerable efforts to address our ongoing financial challenges related to the state of the mortgage market, we ultimately must do what is best for our borrowers and consumers,” said Aaron Samples, chief executive officer of FGMC.  “After careful review and consideration, the company determined that pursuing the protections of chapter 11 is the right and responsible path at this time.

“As part of this process, the Company retained a portion of its workforce to manage the day-to-day business.”

The lender also has filed various motions to preserve company “value for the benefit of the company’s stakeholders,” FGMC’s announcement of the bankruptcy states.

The goal for a company in a Chapter 11 bankruptcy protection case is to emerge from bankruptcy after restructuring its operations and debt through a court-approved reorganization plan — with secured creditors having superior status over unsecured creditors.

Among the motions now pending in the FGMC bankruptcy case is a request seeking court approval for debtor-in-possession (DIP) financing, which would be provided by Barclays Bank PLC, court pleadings show. DIP is a special kind of financing available to companies in Chapter 11 cases and normally has priority over existing creditors’ claims or equity holdings.

Other creditors in the FGMC bankruptcy with unsecured claims exceeding $500,000 include the following:

The bankruptcy filing so far does not include a list of secured creditors, only a creditors matrix — which does not include financial figures. PIMCO is not listed in the matrix, at least under that operating name.

FGMC’s Chapter 11 bankruptcy case is filed with the U.S. Bankruptcy Court for the District of Delaware.

What It Takes To Build an Out-of-State Real Estate Portfolio and Earn Enough...
Scroll to top