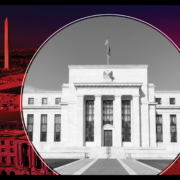 The economic standoff between rising inflation and rising interest rates continues to weaken the housing market nationwide, with home sales falling across all 12 Federal Reserve districts, according to the Fed’s latest Beige Book report.

Prospects for future improvement anytime soon are dim as well. “The outlook for future economic growth remained generally weak, with … expectations for further softening of demand over the next six to 12 months,” the report states.

Financial advisory firm Mortgage Capital Trading (MCT) notes that the strong inflation numbers released yesterday, September 13, make it likely that the Federal Reserve will be more aggressive in its next round of rate hikes. The Fed’s Federal Open Market Committee is slated to meet July 26-27.

“A 75 basis-point move is being priced in by markets, with some anticipating upwards of a full point,” MCT’s daily market commentary states. “Mortgage applications have dropped by 29% since the same time last year as rates continue to climb, curbing demand.

“With the average 30-year fixed rate at or near 6% or more, rates have literally doubled over the course of the past year… There are only about 452,000 borrowers eligible for a beneficial refinance according to a large mortgage data provider. Refinance applications are 83% lower than last year.”

A recent market report by digital mortgage exchange and loan aggregator MAXEX notes that the ongoing economic volatility “has had a profound effect on the housing industry.”

“Rapidly rising interest rates and skyrocketing home prices pushed many would-be buyers out of the market and tanked the refinance market,” the MAXEX report states.

Following are excerpts of statements on housing conditions from each of the 12 Federal Reserve districts — drawn from the recently released Federal Reserve Beige Book. The Beige Book reports, published eight times a year, are based on interviews with bank directors, business and community organization leaders, economists, market experts and other sources.

Boston — Higher interest rates cooled home-buying demand, leading to fewer closed sales in the First District’s residential real estate markets. … Closed sales fell sharply over the year in all reporting markets in a notable weakening from the previous report. Contacts attributed the decline in sales to rising mortgage rates, coupled with high price inflation that crimped buyers’ budgets. Home prices increased over the year in all reporting markets. For single-family homes, the over-the-year price increase was smaller than in the previous report, and contacts anticipated that prices would continue to level off into the fall. In condo markets, the price increases were slightly larger than or on par with those from the previous report. Since the spring, inventories were substantially lower in Rhode Island, Maine, and Vermont, but moderately higher in Massachusetts (including Boston proper) and New Hampshire. Several contacts described a return to pre-pandemic normalcy in the market after the home-buying “frenzy” of the past two years.

New York — The home sales market has softened over the summer, while the rental market has continued to strengthen. In New York City, as well as across most of the district, homes sales tapered off, and the inventory of available homes, though still very low, edged higher. Home prices appear to have leveled off across most of the region and the prevalence of bidding wars has receded noticeably.

Philadelphia — Homebuilders reported that contract signings for new homes continued to fall modestly. However, contacts noted that sales traffic rebounded slightly in recent weeks following the introduction of new incentives and lower-priced options. Existing-home sales continued to fall slightly. While prices continued to rise on a year-over-year basis, contacts noted that the percentage of houses selling for more than the asking price declined. Housing affordability remained a challenge, and rents remained high. The share of 211 calls [for essential services] that sought assistance for housing have edged higher since the prior period, to 35 percent of total calls – 42 percent of those were for rental assistance.

Cleveland — Demand for residential construction and real estate remained well below levels experienced earlier in the year. Contacts attributed softer demand to high construction costs and rising interest rates. One homebuilder noted that his firm’s construction starts have outpaced sales over the past couple of months, raising the concern that his backlogs may soon diminish. Contacts anticipated activity would remain slow and did not expect to see any significant improvement in demand in the coming months.

Richmond — Residential real estate market activity declined moderately this period. Respondents indicated that sales volumes were slightly lower and there was a reduction in buyer traffic. Inventories of homes for sale and days on market increased while home prices have softened. Demand remained strong but it was noted that affordability was an issue as some buyers no longer qualified to purchase a house due to elevated home prices coupled with increasing mortgage rates. Existing new home construction continued but new housing starts were down; some input costs declined this period, like lumber, but on the whole residential construction costs remained elevated.

Atlanta — Housing markets remained challenged across the district due to rising home prices and interest rates, declining affordability, and inventory shortages. Although some markets experienced a sharp increase in home prices over the past year as housing demand in these regions exceeded supply, overall homebuyer sentiment throughout the district dropped sharply. Mortgage originations and pending home sales declined compared with a year ago, and the share of homes on the market with a reduced asking price rose. Though construction supply-chain issues eased, and cost inflation slowed, homebuilders experienced increased contract cancellations as rising interest rates priced more buyers out of the market.

Chicago — Construction and real estate activity decreased modestly overall. Residential construction pulled back slightly, and homebuilders expected a further decline in coming months. Residential real estate activity decreased moderately. Contacts noted that the number of offers homes typically received had fallen and that it was taking longer for them to sell. Home-price growth slowed but remained positive. Rents were up modestly.

St. Louis — Residential real estate demand has slowed significantly since our previous report. Contacts reported that it remains a seller’s market, but the “multiple-offer” market has ended. Prices remain elevated compared with one year ago, and inventories are just beginning to return to pre-pandemic levels. An Arkansas real estate contact noted that, while demand has contracted, it remains above pre-pandemic levels. Demand for rental units has continued to increase since our previous report — especially for single-family housing. Rental rates in all four major district MSAs [metro areas] increased since our previous report. The general outlook of contacts remains negative, with over 80% of contacts in real estate and construction describing their outlook as somewhat or significantly worse than the previous quarter.

Minneapolis — Residential housing slowed. Recent single- family permitting was lower across the district’s larger markets compared with a year earlier, with higher interest rates reportedly pushing some builders and buyers to pause projects. … Residential real estate activity fell. Closed sales of single-family homes were lower in markets across the district, with many seeing recent year-over-year sales decline by 10% to 30%.

Kansas City — Prices grew rapidly, including housing rental rates. … Housing affordability challenges for both renters and owners grew moderately in both rural and metro areas, particularly for low- and moderate-income (LMI) households. Contacts in several district states pointed to pressures on rental housing prices resulting from increases in investor purchases of local homes. Some investors have been reportedly less willing to accept vouchers or less willing to negotiate rents. Although purchase prices of single-family homes moderated somewhat, contacts reported that rising interest rates have pushed many prospective LMI buyers out of the market. Eviction cases increased in recent months. For example, a record number of eviction cases were filed in the Oklahoma County District Court in July and August. Funds from assistance programs for preventing evictions and foreclosures diminished recently.

Dallas — Housing-market activity remained weak, particularly at the entry level. Sales were off notably in July but improved in August partly due to a dip in mortgage rates. Home prices were flat to down, and incentives were becoming more widespread. Outlooks were uncertain, with contacts expecting further weakness ahead. Apartment leasing was solid and in line with pre-COVID levels, though momentum has slowed from its 2021 highs. Occupancy was flat to down and rent growth remained elevated but was declining from its earlier feverish pace. … Housing costs have become a primary concern for low-income residents, driven by an insufficient stock of affordable housing, rapid rent hikes, and the winding down of state and federal assistance programs. Evictions have increased, and a rise in first-time homelessness has been seen.