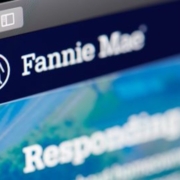 Zanin has served on Fannie Mae’s board of directors since 2016, but will step down from this position on Jan. 31.

“I am grateful for Ryan’s service on Fannie Mae’s Board of Directors since 2016, and I’m pleased the company will continue to benefit from his extensive risk management experience and expertise in his new role,” said Sheila Bair, Fannie Mae chairwoman of the board.

Zanin brings over 30 years of experience in financial services and more than 20 years specializing in risk management to his new role. Zanin served as the president and CEO of the restructuring, strategic ventures and insurance group at GE Capital before he retired in July 2018.

Previously, he was a member of the board of directors of the holding company for GE Capital, General Electric Capital Corp., and spent 14 years in leadership roles across Deutsche Bank AG and Bankers Trust.

“Ryan’s appointment as chief risk officer comes at a critical time for Fannie Mae,” Fannie Mae CEO Hugh Frater said. “Risk management is a core function of managing our business. Filling this position with someone of Ryan’s caliber is key to meeting our mission to sustainably serve lenders, homebuyers and renters, and provide liquidity through all market cycles.”

There has been a higher level of turnover for the mortgage giant in recent weeks. Observers at the time told HousingWire that the departure of Andrew Bon Salle, Fannie Mae’s former head of single-family lending, to Home Point Capital was a blow to the company. A fair amount of top talent left Fannie Mae and Freddie Mac in the final days of the Trump administration, as it became increasingly clear that the companies won’t exit conservatorship and go public anytime soon.