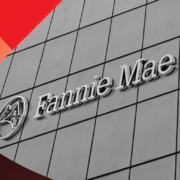 With the completion of this credit-risk transfer (CRT) transaction, Fannie Mae will have brought 46 CAS deals to market, issued over $52 billion in notes since its initial offering in 2013, and transferred a portion of the credit risk to private investors on about $1.7 trillion in single-family mortgage loans, measured at the time of the transaction.

The agency expects to issue about $15 billion in notes through CAS transactions in 2022, according to Devang Doshi, Fannie’s senior vice president of single-family capital markets.

Through a CRT transaction, private investors participate with government-sponsored enterprise (GSE) Fannie Mae in sharing a portion of the mortgage credit risk in the reference loan pools retained by the GSE. Investors receive principal and interest payments on the CRT notes they purchase, but if credit losses exceed a predefined threshold per the security issued, then investors are responsible for absorbing the losses exceeding that mark.

Kroll Bond Rating Agency (KBRA) notes that the reference pool for this latest CRT transaction “exhibits significantly more geographic diversification” than most prime jumbo loan pools it rates, which “helps mitigate the risk that a regional economic recession or natural disaster will have an outsized impact on default rates.”

The bond-rating agency’s report notes that the average California concentration of loans in KBRA-rated prime jumbo pools is typically 45% to 50%, but the concentration of loans from the Golden State in the CAS Series 2022-R02 transaction is “relatively low at 14.7%.” The other states among the top five in terms of loan concentration are Texas and Florida, each at 7.8%; Washington, 3.8%; and Virginia, 3.7%, the KBRA report shows.

Fitch Ratings also notes that the reference loan-pool borrowers “have a strong credit profile,” with an average FICO credit rating of 748 and a debt-to-income ratio of 36%. The major loan originators for the loans in the CAS Series 2022-R02 reference pool are United Wholesale Mortgage, 8.04% of loans originated; Rocket Mortgage, 7.43%; and Wells Fargo Bank, 5.54%, according to Fitch.

The prior two deals in 2021 involved CRT notes with a combined value of nearly $2.2 billion. Prior to restarting CRT offerings last year, Fannie Mae had backed away from the CRT market for a time — with its prior transaction closing in March 2020.

CoreLogic: home price appreciation will cool in 2022
Scroll to top