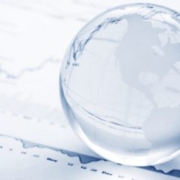 Another month of steadily increasing home prices and insatiable demand led Fannie Mae‘s Economic and Strategic Research Group to alter many of its 2021 predictions – in particular, its outlook on the symbiotic relationship between the housing market and inflation measures.

While the housing research group believes current inflation acceleration could be considered transitory, price pressures in all sectors – not just housing – are likely to last into 2022. The reason? Lagged effects from rapid home price growth will put upwards pressure on inflation through at least the end of the year.

“We now view stronger and persistent inflation as the principle risk to our forecast, though uncertainties over consumer behaviors related to reopening and COVID-19 developments remain,” Fannie Mae’s ESR Group said.

“If a stronger underlying inflation trend develops, due to expectations rising or persistent labor market tightness, there is risk of a wage-price spiral,” the group continued. “If this occurs, we believe it will likely lead to a substantial jump in longer-term interest rates and an earlier and more aggressive pace of Fed tightening.”

In March 2020, the fed began buying bonds – split between $80 billion in Treasuries and $40 billion in MBS – to keep the economy moving and make borrowing cheaper. The bond market has been closely watching for the Fed to begin talks of tapering asset purchases if inflation stays above 2% for an extended period of time and if unemployment reaches a low the Fed deems satisfactory.

The Federal Open Market Committee raised its headline inflation expectation to 3.4% — a full percentage point above March’s projection following its June meeting. However, the Fed remained unwavering in it’s post-meeting statement that the uptick is merely transitory.

U.S. inflation hiked itself from 1.68% in February all the way up above 5% by June. If the fed were to tighten policy, Fannie Mae’s ESR Group expects this to drag on upcoming housing market growth and even stifle home sales, house prices, construction and mortgage originations.

“Our expectation is these high inflation readings now will abate,” said Jerome Powell, chairman of the Federal Reserve.

Existing home sales pulled back in April by 2.7% to an annualized pace of 5.85 million – an expected result of a market scrambling to get new builds up. However, recent declines in pending home sales (which lead closings by 30 to 45 days on average) and purchase mortgage applications have been more pronounced than the economic group previously expected.

“This, combined with a continued lack of new listings, led us to downwardly revise our near-term forecast,” the ESR group said. “Existing home sales are now expected to approach a level in the third quarter only slightly higher than the 2019 average.”

On top of this, ongoing labor scarcity and a lack of buildable lots is limiting production capacity. Because homebuilders will struggle to build units for some time, the ESR group downwardly revised its near-term single-family housing forecasts as well.

However, this doesn’t mean the housing market won’t see massive volumes. The ESR Group revised its purchase origination volume down by $33 billion, but thats still $1.8 trillion expected to flood into the housing ecosystem. The group also predicted that purchase volumes will grow by 4% in 2022 to $1.9 trillion, essentially unchanged from last month’s forecast.

Because of strong weekly data flowing in from the Mortgage Bankers Association’s weekly forbearance report, the group expects refis to tick up, though not at the insane volume 2020 saw.

“We expect refinance origination volume to be $2.3 trillion in 2021, a modest upward revision of $54 billion from last month’s forecast, as incoming application activity continued to stay at a relatively high level and interest rates remain low,” the group said. “We forecast refinance volume in 2022 to total $1.2 trillion, up from last month’s forecast, but a decline of 49 percent from 2021. Thus, we expect refinance volume will pull back from the 2020 peak throughout our forecast horizon.”