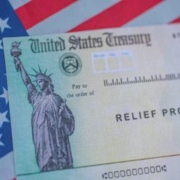 Fannie Mae is optimistic about economic growth in 2021 as the vaccination agenda promises to put an end to the COVID-19 pandemic. However, Fannie Mae Chief Economist Doug Duncan said that some options being considered, such as stimulus packages with checks for Americans, will create only temporary economic relief.

Talking about the $1.9 trillion stimulus plan President Joe Biden is proposing, Duncan told HousingWire that some provisions will have limited long-term impact.

“Well there’s more than one provision so they would vary in effectiveness, but I would make one general comment: A fair number of them are one-time things, so they’re temporary,” Duncan said. “We have evidence about what happens in the economy when temporary measures are taken.

“In the housing market in 2009, at the depths of the downturn, there was a temporary tax credit passed for first-time homebuyers,” he said. “It led to a spike in sales, but as soon as it expired, the sales rate dropped back to the prior trend line. So the lessons from those things are: Temporary things lead to only temporary changes.”

VRM Mortgage Services CEO shares how the company is navigating a difficult year, and how its services are impacted by the different national, state and local directives on foreclosure.

This comes in stark contrast to U.S. Department of the Treasury Secretary nominee Janet Yellen’s views. During her confirmation hearing, Yellen told lawmakers that she believes now is the time for a big stimulus package, saying record low interest rates would allow Americans to invest more to better their futures in the long term.

“Neither the President-elect nor I propose this relief package without an appreciation for the country’s debt burden,” she said. “But right now, with interest rates at historic lows, the smartest thing we can do is act big.”

Due to the expansion of COVID-19 vaccination efforts, Fannie Mae revised its forecast up 0.8 percentage points to hit 5.3% growth in 2021. Duncan said most of this growth will come in the second half of this year.

“The second half of the year should see economic growth, perhaps, north of 6% annualized for that six-month period,” he said. “That’s pretty strong growth. And it’s possible that we would see some rise in interest rates.”

Duncan said while many have been predicting interest rates will rise even as they continue to fall each year, this year strong economic growth and an increase in earnings could truly lead to higher interest rates. He said all of the stimulus inserted into the economy could also cause some inflation.

But while GDP and overall economic growth is expected to rise — leveling out to pre-pandemic levels as soon as the end of 2022 — Duncan said the job market could be slower to recover. And these job losses are represented more heavily in the renter market.

“Those jobs that were lost in the discretionary spending categories that I talked about are hourly wage workers,” Duncan said. “By and large, hourly wage workers are much more heavily represented in the rental population than in the ownership population…The lowest homeownership rate is in the leisure and hospitality category of employment. It’s about a 43% homeownership rate.”

For this reason, Duncan said new policies should be directed at those with a higher risk of eviction.

“There is the risk of an increased level of evictions in that space,” he said. “The difficulty is targeting these policies so that they don’t distort normal behavior patterns. The devil will be in the details of how that gets put in place. But unemployment is definitely higher among the renter population than among the owner population.”