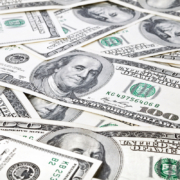 As mortgage origination volume continues to fall from the heights of the pandemic-spurred boom, many lenders see cost-cutting as their top priority this year.

About 39% of 210 senior mortgage executives representing 189 lending institutions said cost-cutting was the most important agenda item, the first time that has happened since 2017, according to Fannie Mae‘s mortgage lender sentiment survey. The importance of talent management, which gradually climbed since the pandemic, was the second priority for lenders. The importance of consumer-facing tech ranked third, continuing its downward trend after peaking in 2019.

With mortgage origination volume expected to drop by about 40% to $2.4 trillion, both depository banks and non-bank lenders, including Wells Fargo, Pennymac, Mr. Cooper, loanDepot, Guaranteed Rate and Fairway Independent Mortgage, have conducted at least one round of workforce reductions this year. Eliminated positions are mainly administrative positions and include processing, underwriting and closing jobs that are in less demand as loan origination shrinks.

Cuts were being made in back-office staff (71%), general and administrative expenses (66%) and loan officers (19%), according to the survey.

About 54% of mortgage executives said they thought online direct-to-consumer lenders would be their biggest expected competitors over the next five years, citing lower costs, streamlined mortgage process and advanced analytical and marketing capabilities.

“Millennials are driven to technology,” said an executive of a large institution, categorized as a lender that produced more than $2.3 billion in loan origination volume in 2021. “Direct to consumer lending can lower variable costs significantly. A large portion of those savings can be passed on to consumers via lower rates and fees.”

Traditional banks came in second, with lending executives noting the advantages of access to capital lower rates and being able to cultivate relationships with customers through other products and channels.

“In an environment with weakened mortgage demand and rising rates, lenders told us that operational efficiency, strong customer relationships, and the ability to offer lower rates have become critical,” said Duncan.

As for strategies to navigate the downmarket, about 42% of survey respondents said they are improving the mortgage origination process and customer experience.

“We want to improve all aspects of our mortgage process, from origination to closing to give our customers the best mortgage experience possible to increase referral business from past customers that we provided mortgage services,” said an executive of a small institution categorized as a lender that produced less than $607 million in loan origination volume in 2021.

Expanding footprint by opening retail branches and hiring loan officers followed by 27%  and partnering with builders or real estate agents trailed by 25%.

Lenders that expanded even in a challenging origination market include Arizona lender Geneva Financial and Planet Home Lending. Geneva Financial, which has more than 130 branch locations in 46 states, opened an office in Chicago in May to offer products including conventional and government loans. Planet Home Lending, which delivers home loans backed by Fannie Mae, Freddie Mac, VA, FHA and USDA in more than 45 states, also expanded to Portland Oregon in May to focus on borrowers looking to work with homebuilders.

While LOs from large lenders have been laid off, recruiting battles are still fierce for experienced ones who are still offered signing bonuses.

“Our industry knows that the process of going into a marketplace trying to find experienced originators is a very competitive and somewhat of a lengthy process,” said Paul Buege, CEO of Inlanta Mortgage.

The post Cost cutting is the top priority for mortgage lenders appeared first on HousingWire.

How insurance offerings can improve the borrower experience
Scroll to top