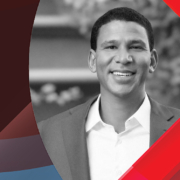 Back in 2018, Robert Reffkin exuded that Compass agents were literally invested in the brokerage’s success.

Reffkin, the CEO and co-founder of Compass, told The Real Deal then that 1,149 of the company’s about 7,000 agents, or around 16%, returned to Compass some revenue from sales commissions in exchange for company stakes.

“To be clear, with $900 million, it’s not something we need to do to raise capital,” Reffkin said in reference to the company’s fundraising numbers at the time, which eventually swelled to $1.6 billion. “It’s purely an offering to respond to an agent’s desire to have ownership in Compass’s future success.”

A self-described tech company, New York-based Compass has followed the path of many 21st Century start-ups, offering agents equity in lieu of their full commission splits, or restricted stock units for some agents.

The approach contrasts Compass with other full-service brokerages, including Realogy, who do not have an agent equity program. “While offering agents the opportunity to trade commissions for equity options has never been done,” according to Compass’s website, “We at Compass believe this is an important precedent to set – and the response has been overwhelming,”

But agents tethering their success to Compass’s is today a small part of the brokerage. In 2021, Compass reported $84.8 million in stock-based compensation expense and associated liability as part of its agent equity program, according to the company’s 2021 report.

The figure is a sliver of the brokerage’s overall revenue of $6.4 billion, or the company’s 2021 net loss of $494 million. The $84 million in agent equity does not include equity compensation for employees, or the restricted stock units given to some agents in addition to their sales commission splits.

Reffkin acknowledged on Compass’s most recent earnings call that the company is “winding down the use of equity to recruit agents.”

“In January, for example, less than 9% of the agent’s recruited received equity,” Reffkin said on the call.

Subsequent to the call, Compass revised the vesting schedule for employee’s stock compensation but did not do the same for agents. As The Real Deal reported, Compass will grant a quarter of employee’s stock award each year instead of waiting four years for the stock to fully vest.

Compass is, in fact, not the only publicly traded brokerage to offer agent equity. Another fast-growing brokerage, eXp World Holdings, paid out $144.4 million in 2021 agent equity stock, according to a public filing. HomeSmart, which filed a prospectus to go public in January, is also mulling an agent equity program.

“It’s a golden handcuff where the company’s performance is supposed align with its talent,” Greif said. However, at Compass, the banker noted, agents get the choice of eschewing income for the stock.

“It is at the behest of the agent, and unless you reprice the option, they’re not going to take it,” Greif said, pointing out that Compass’s stock price has sank from $20.15 when it debuted on the New York Stock Exchange in April to $7.19 on Wednesday. “This is not exactly a high-flying stock.”

Compass declined to comment or provide numbers for how many agents participate today in the agent equity program. Compass agents declined to go on the record for this story. A few spoke on the condition of anonymity, stating that they received modest stock options as part of their compensation package but have not partaken in agent equity.

“I am just getting business off the ground, I want the cash,” said one agent who joined Compass within the past year.

The agent, though, wanted to make clear that he is not concerned about Compass’s net losses or declining stock price.

“I do not care,” the agent said. “I am very bullish on all things Compass, and constantly astounded by the resources available to us. I’m exuberant about the company’s future.”

Homebuyers are really beginning to feel the squeeze
Scroll to top