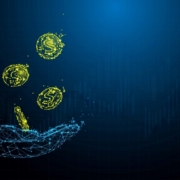 Online real estate platform Clever has raised $8 million in a Series B funding round to expand its team and accelerate its mortgage efforts, the company said on Wednesday.

The round was led by Cultivation Capital, along with a strategic investment from The Mortgage Collaborative (TMC) Emerging Technology Fund.

Since its creation in 2017, the company has raised $13.5 million, including the new capital raising and a $3.5 million Series A round announced in the spring of 2019.

Clever’s platform connects consumers with over 12,000 vetted real estate agents. The company negotiates discounted rates, making it easier to compare and interview agents. Listing fees are 1%, far lower than the typical 2.5% to 3% that is the industry standard, the company said.

Much of Clever’s revenue appears to come in the form of referral fees paid by these partner agents, who receive information from Clever about the seller and their property. All agents must have an active real estate license and have at minimum five years of experience. Clever is a licensed brokerage in Missouri. It also works with buy-side agents.

Ben Mizes, Clever’s co-founder and CEO, said the model has helped consumers save over $80 million in fees. “We’ve proven that customers can choose both low fees and great service,” the executive said in a statement.

The capital raised will be used to grow the team from 75 to 200 full-time employees. Much of the increase will support the new platform for mortgage lenders.

According to Luke Babich, Clever’s co-founder and COO, some online lenders have the best rates but lose in the services provided to home buyers. “We enable lenders to build a cohesive real estate team for their borrowers with a top agent, concierge service, and cash back at closing.”

Clever claims it reached $4 billion in total real estate sold through its platform, pacing to sell over 6,000 homes in 2021. The company said it is profitable.

Owen Lee, a limited partner of TMC’s fund and co-owner of Success Mortgage Partners, said the collective believes that Clever will “shift paradigms” in the mortgage industry. He is supporting the company as an investor and early adopter of its lender platform.