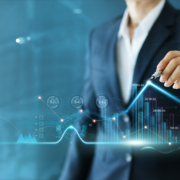 Cenlar FSB, the nation’s second-largest mortgage servicer and largest sub-servicer, has installed new leadership following the retirement of its president, CEO and chairman Greg Tornquist. Tornquist served the company for 35 years and became CEO in 2008.

Dave Applegate, a board member since 2020, has been named the company’s chairman. Chief Operating Officer Rob Lux was named co-CEO for operations, technology, business development, client management, human resources, and legal. Meanwhile, Jim Daras, who will also serve as president, will be the co-CEO for banking, capital markets, finance and risk activities.

The changes at the New Jersey-based mortgage servicing company were made amid a shrinking mortgage market, which brought Cenlar’s servicing portfolio to $895 billion in the second quarter, down 6.8% year over year, according to Inside Mortgage Finance data.

It also follows a consent order from the Office of the Comptroller of the Currency (OCC) in late 2021 over “unsafe and unsound practices.” According to the regulator, Cenlar internal controls and risk management do not support the profile and size of its sub-servicing portfolio. (The company said it was working with the OCC to make any changes necessary to resolve the agency’s concern.)

“Continuous investment in all aspects of our franchise will ensure Cenlar’s commitment to providing both high-quality service to our customers and a rewarding work environment for our talented team,” Applegate said in a news release.

Daras worked for Cenlar from 1985 to 1990, when he left to join Dime Bancorp in New York City as chief financial officer. He returned to Cenlar in 2015 as chief risk officer and, in 2019, began an advisory role for the board.

Buyers and Sellers Are Not on the Same Page and It’s Only Going To Get Wo...
Scroll to top