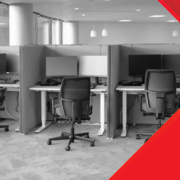 The accusations are part of a lawsuit filed in May in the U.S. District Court for the Western District of Washington in Seattle. National Mortgage News first reported the case.

Caliber claims its rival hired more than 80 of its employees, among them 40 loan producers, beginning in February 2021. The staff worked across 18 different branch offices in six states: Washington, Oregon, Texas, Florida, Tennessee and California.

“The departed employees were responsible for more than $2.3 billion in annual mortgage loan origination for Caliber, which generated millions of dollars in profit annually,” Caliber alleged. “CrossCountry wanted to convert those offices, production, revenue, and profits to its own.”

A spokesperson for Caliber said the company has no comments at this time. A CrossCountry spokesperson told HousingWire they don’t comment on legal matters.

Caliber filed the lawsuit in Seattle because many of the employees whose departures spurred the litigation were in that jurisdiction.

In the Pacific Northwest city, the lender alleges that Scott Forman, executive vice president of CrossCountry, conspired with Mark Everts, a former branch manager at Caliber, to provide significant financial benefits to attract him and other Caliber employees to the rival.

Caliber requires their sales staff to agree not to ask other employees to end their employment with the lender; remove loans in process; or retain, use, or disclose confidential business information, the company said.

To Everts, CrossCountry supposedly offered a $1 million bonus, with an additional $500,000 when his branch achieves $600 million in loan origination, according to the lawsuit that includes a copy of an email between the executives.

Caliber claims Everts allegedly signed an offer letter from CrossCountry but remained in the company for three weeks without notifying his supervisors. During this time, he was “uprooting his team” and stealing borrowers’ information.

HousingWire sent an email to Everts and contacted Everts and Forman via LinkedIn but had not heard back by press time.

Caliber sought a jury trial and compensatory damages over $5 million for eight different alleged counts, among them unfair competition, misappropriation of trade secrets, tortious interference with contract, and civil conspiracy,

CrossCountry has been a target of lawsuits regarding its hiring practices before. In June 2021, California-based loanDepot, led by CEO Anthony Hsieh, accused seven ex-employees and the rival company of “hatching and implementing a scheme to loot loanDepot’s business.”

loanDepot alleged that an internal investigation revealed a “coordinated, premeditated and illicit plan” to lure its employees away and “systematically begin the transfer of an entire existing pipeline of loans originated at loanDepot to CrossCountry Mortgage.”

CrossCountry was the 17th biggest mortgage lender in the country in the first quarter, according to Inside Mortgage Finance. Caliber, acquired by the real estate investment trust New Residential Investment Corp. in April 2021 for $1.675 billion from the hedge fund Lonestar Funds, was No. 6.

Following the acquisition, Caliber’s CEO Sanjiv Das, who was in the position since 2016, stepped down in January 2022, as industry analysts and observers expected. NewRez’s mortgage arm laid off 386 employees in the following month, about 3% of the division’s workforce.

Almost 45% of homeowners are now equity rich
Scroll to top