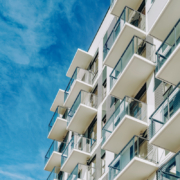 For the second consecutive month, condos sold for, on average, above their asking price — signaling renewed homebuyer competition for condos after a pandemic-fueled slump, according to a recent study by Redfin.

If a condo sold for 0.7% above its asking price, that means it was listed for $301,872, said Daryl Fairweather, Redfin’s chief economist. That’s quite the contrast from back in 2012, when Redfin reported that condos were selling for more than 4% below asking price.

“Many buyers who have been priced out of the market for single-family homes have turned to condos,” Fairweather said. “Earlier in the pandemic, many buyers shunned small condos in favor of large detached homes with space for offices and homeschooling. But now that many Americans are vaccinated and some are returning to the workplace, extra space isn’t as necessary and the benefits of shared amenities like a gym or a pool are more attractive. And the biggest benefit of condo living is the more affordable price.”

Condos sold at their fastest pace on record in June, with the typical condo that sold during the month going under contract in 22 days. That’s down from 43 days a year earlier and 36 days in June 2019, the latter of which is a better comparison because it was before the pandemic impacted the condo market.

“The fact that new listings are up while overall supply is down indicates that demand is high, and condos are selling quickly,” Fairweather said.

Indianapolis was the fastest sales market, with half of all condos going under contract in four days. Indianapolis was followed by Denver (5 days) and Elgin, Illinois (5 days).

Condos sold for equal to or above their asking prices in 52 of the 85 metros, Redfin reported.