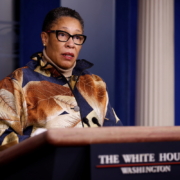 The Biden administration unveiled a $1.6 trillion discretionary spending request for 2023, which includes a 19% budget increase for the Department of Housing and Urban Development (HUD).

If the request is approved by Congress, HUD could receive $71.9 billion, approximately $11.6 billion more than it received in this year’s stopgap funding measure. The budget request seeks to address issues including homelessness, racial inequity in housing and the lack of housing supply.

The budget would include $35 billion for the Housing Supply Fund, a new mandatory program that provides grants for affordable housing to state housing finance agencies and their partners. It would dedicate $32.1 billion to housing vouchers to support 200,000 additional households, prioritizing survivors of domestic violence and human trafficking. Homeless assistance grants would be increased by $576 million to $3.6 billion.

The budget includes $115 million for two new programs that aim to help first-generation homebuyers. The Federal Housing Administration would get $15 million for its Home Equity Accelerator Loan (HEAL) pilot, to test new loan products for first-generation homebuyers. Another $100 million would be set aside for the FIRSTHOME Down payment Assistance program, which will provide funding to states to better support sustainable homeownership.

Additionally, the budget would provide HUD with $1.8 billion for salaries and expenses, $306 million more than it received in 2022. The Budget also proposes $382 million for the IT Fund to modernize HUD’s IT systems, infrastructure, and cybersecurity.

HUD Sec. Marcia Fudge said in a statement that this budget is a sign that the administration views housing as “a foundational platform to help address urgent challenges facing our nation.”

Fudge added that the budget will help the department “provide security and stability for those who live on the outskirts of hope, advance opportunity and equity on behalf of marginalized communities, and meet the existential threats posed by natural disasters and climate change.”

The outlined budget increases are a starting point for negotiations in Congress. Lawmakers have about seven months to pass a budget before Oct. 1, the beginning of fiscal year 2023.

In response to the 2023 budget request, Scott Olson, executive director of the Community Home Lenders Association, renewed calls for the FHA to cut premiums, noting strong profit projections contained in the federal budget.

“Four months after an FHA Actuarial Report showing FHA’s net worth is almost four times its required statutory minimum, projections showing an $8.8 billion net profit in new loans this year and $6.8 billion next year confirms that it is time to right size premiums for FHA borrowers,” Olson said.

Just a few weeks prior, a stopgap spending measure was signed into law by President Joe Biden, providing roughly $1.5 trillion in federal spending. Of the total, $53.7 billion went to HUD — a $4 billion increase over the 2021 budget.

The post Biden’s $1.6 trillion budget calls for a 19% budget increase for HUD appeared first on HousingWire.