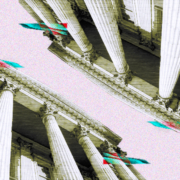 In a statement issued Tuesday, Rebecca Romero Rainey, president of the Independent Community Bankers of America, said the FHLBs must “remain a strong, stable and reliable source of funding for community banks, including many agricultural lenders.”

The FHFA is conducting a comprehensive review of the 90-year-old FHLB system – currently composed of 11 regional FHL banks and about 6,800 member institutions – beginning in the fall. The FHL banks distribute money from global bond markets to members that include thousands of commercial lenders, thrifts, credit unions and insurers across the U.S. Member institutions are able to borrow money cheaply and can pass savings on to members.

The ICBA said it “strongly” opposes any efforts to “compromise” the system’s regional and cooperative structure, permit non-depository banks access to FHLB programs or services, or consolidate the system without the “grassroots leadership” of its member-owners.

The FHFA, which regulates the FHLB system as well as Fannie Mae and Freddie Mac, said it is specifically interested in receiving feedback in six key areas: The FHLBanks’ general mission and purpose in a changing marketplace; FHLBank organization, operational efficiency, and effectiveness; FHLBanks’ role in promoting affordable, sustainable, equitable, and resilient housing and community investment; Addressing the unique needs of rural and financially vulnerable communities; Member products, services, and collateral requirements; and Membership eligibility and requirements.

While the ICBA and the American Banking Association have spoken out against nonbanks gaining access to the FHLB system, other influential trade groups have sought a different outcome, arguing that the FHLB system is archaic, primarily channels government subsidies to large banks and doesn’t serve the housing market optimally.

The Mortgage Bankers Association notably has pushed for inclusion of nonbanks and real estate investment trusts. In a letter to then-FHFA Director Mark Calabria in 2020, the trade group said an expansion should “better reflect the diverse providers of single-family and multifamily housing finance throughout the country.”

Opening up membership to nonbanks and real estate investment trusts would require legislation and would likely take years.