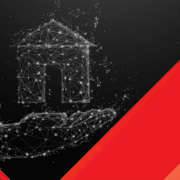 The non-QM mortgage market, which encompasses most home loans not backed by a government-sponsored guarantee, is expected to reach the $25 billion mark this year in private-label securitization volume.

Over the next several years, however, assuming interest rates continue to tick upward absent great volatility, the non-QM (or non-qualified mortgage) market has the potential to grow tenfold, according to some industry executives.

To accommodate that growth in both loan origination and related private-label securitization, lenders in the space will need to evolve their underwriting capacity in an industry already facing a shortage of loan underwriters. That has some producers of non-QM loans, which require specialized underwriting expertise, looking to technology, big data and the development of automated underwriting platforms as the solution for dealing with the anticipated surge in loan volume in the years ahead.

“Automated underwriting for agency [Fannie Mae and Freddie Mac] products is definitely much easier because there’s a defined set of scenarios that you have to meet,” says Keith Lind, executive chairman and president of Acra Lending (a non-QM lender formerly known as Citadel Servicing). “With non-QM, the scenarios are just everywhere, and it requires an expertise and a skill set that takes years to learn.

“Could someone one day come up with the right technologies [for automating underwriting of] non-QM? It’s going to happen at some point, or at least make it much easier.”

Non-QM mortgages, Lind explained, include everything that cannot command a government, or “agency,” stamp through Fannie Mae, Freddie Mac or via another government-backed loan program, such as the Federal Housing Administration. It’s a wide and growing segment of the mortgage-finance market that is expected to expand rapidly as rising home prices, changing job dynamics and upward-sloping interest rates push more borrowers outside the agency envelope.

The pool of non-QM borrowers includes real estate investors, property flippers, foreign nationals, business owners and the self-employed, as well as a smaller group of homebuyers facing credit challenges, such as past bankruptcies.

“We are looking at the current $25 billion-a-year market [for non-QM] growing to $200 or $300 billion [over the next several years], and it’s going to require automation,” said Tom Hutchens, executive vice president of production at Angel Oak Mortgage Solutions, part of Angel Oak Companies, a long-time player in the non-QM market.

Angel Oak Companies, Hutchens said, is focused on originating and securitizing non-QM loans to the self-employed and real estate investors, which represent about 90% of the company’s loan-origination base. And it is growing fast, he added.

Consequently, Angel Oak is embracing automation to better accommodate that projected growth. In fact, this past spring, Angel Oak made a $3 million seed-round investment in a Dublin, Ireland-based fintech called Asset Class that is focused on that very project.

“Asset Class removes the inefficiencies and waste that come from largely paper-based interactions across our target markets,” said Ferdinand Roberts, CEO and founder of Asset Class, in a statement announcing Angel Oak’s investment. “We are delighted to welcome Angel Oak as a strategic investor to help us accelerate the development of next-generation solutions for the financial services marketplace.”

Hutchens said that technology and underwriting automation will not replace human underwriters, but rather just make them more efficient by allowing the computer to handle the functions that can be automated. “So, maybe instead of underwriting three loans a day, they could underwrite five or six or seven” because technology is creating efficiencies in the process.

A recent Fitch Ratings report on Angel Oak’s most recent private-label securitization, its eight this year, states the following: “Angel Oak is also working on the rollout of a non-QM desktop underwriter tool to speed up and standardize the manual underwriting of non- QM loans.”

The Fitch report also reveals that Angel Oak is in a high-growth mode in the non-QM space.

Hutchens is convinced that greater automation of the underwriting process for non-QM loans is achievable today, despite the extra loan-review challenges these anything-but-cookie-cutter mortgages pose. The hurdles include underwriting for interest-only or 40-year terms and making use of alternative documentation — like bank statements, assets or debt-service coverage ratio — to verify ability-to-repay.

Hutchens said a potential, though unlikely, headwind that concerns him is if the current upward slope in interest rates reverses itself in the year ahead for some reason and rates begin to trend downward. He said the housing industry went from slightly more than $2 trillion in origination volume in 2019 to $4.5 trillion in 2020, driven largely by the impact of the pandemic and low interest rates.

Many market observers anticipate the Federal Reserve over the next several years to slowly bump up the benchmark interest rate, in part to stem inflation in a fast-growing economy but also to recharge its monetary-policy tool chest. Given that context, Hutchens said he is confident the tide has turned toward a non-QM lending expansion — one that can be assisted with technological innovation.

“I’m not a forecaster of macro-economics,” Hutchens said, “but I’m pretty optimistic that non-QM is well positioned for the next few years.”

The post Automation is coming to non-QM lending appeared first on HousingWire.