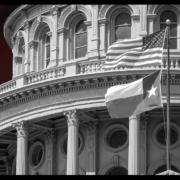 The Lone Star State has long been attractive to businesses of all kinds. The combination of warm weather, lots of space to build and the lack of a state income tax has been drawing companies for years. But this year, with tech companies and tech workers fleeing traditional tech hubs in droves, the trend has only accelerated, especially in the state’s capital, Austin.

On Friday, computer technology company Oracle announced in a filing with the Securities and Exchange Commission that it would be relocating its headquarters to Austin, where it already has a sizable campus. The filing said that the company believes “these moves best position Oracle for growth and provide our personnel with more flexibility about where and how they work….this means that many of our employees can choose their office location as well as continue to work from home part time or all of the time.”

The number of tech and tech-adjacent companies moving to Austin just keeps growing. Over the summer, car manufacturer Tesla announced plans to open a $1.1 billion factory in Austin, claiming it could hire 5,000 people over time. And just last week, Tesla CEO Elon Musk confirmed to The Wall Street Journal that he had relocated to Texas, too.

Austin is ranked the No. 4 metro by net inflow of users and their top origins by Redfin– meaning 39.5% of users who search for homes in Austin are from outside the metro area. The top out-of-state origin location is San Francisco.

Throughout the course of the pandemic, more companies have been allowing employees to work from home, therefore allowing them to live anywhere and still get work done. In addition to the more affordable cost of living Texas has to offer, the state also has zero income taxes.

The rest of this content is for HW+ members. Join today with an HW+ Membership! Already a member? log in

Get $75 off your initial membership with coupon code “intro75”.