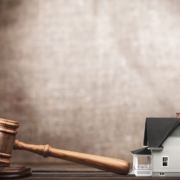 The Federal Housing Administration’s recently announced first look program for foreclosed property auctions is a welcome innovation that should help boost a trend that has been developing over the past decade: more foreclosed homes getting into the hands of owner-occupants and fewer getting into the portfolios of large-scale single family rental operators, often backed by Wall Street.

Some might be surprised to hear about this trend toward higher owner-occupancy rates for foreclosed homes. It is counter to a popular and politically potent narrative grounded in the aftermath of the Great Recession, when large institutional investors scooped up thousands of properties at foreclosure auction.

This narrative was once again repeated in the HousingWire article announcing the FHA first-look program: “Typically, FHA-insured foreclosed properties are snatched up by large investors and turned into rental properties.”

Among nearly 135,000 properties foreclosed between 2016 and 2020 that sold to third-party buyers at foreclosure auction on the Auction.com platform, more than half (54%) are owner-occupied as of 2022, according to public record county tax assessor data from ATTOM Data Solutions. That compares to a 49% owner-occupancy rate for more than 190,000 properties that reverted back to lenders at foreclosure auction. Most of these reverted REOs are eventually sold via the Multiple Listing Service (MLS).

The higher owner-occupancy rate for distressed properties sold at auction than those sold on the MLS is a surprising stat given that the MLS is much more broadly known to retail, owner-occupant buyers.

The role of renovators

Among more than 73,000 properties sold to third-party buyers at foreclosure auction between 2016 and 2020 and then subsequently resold into the retail market, 73% (more than 53,000) were sold to owner-occupant buyers, according to the public record data. That compares to a 58% owner-occupancy rate for more than 121,000 properties that resold on the retail market after reverting back to the lender at foreclosure auction during the same period.

It turns out local investors are also more efficient than banks and government agencies at renovating and reselling homes. The local investors resold their renovated homes to owner-occupants an average of 311 days after the foreclosure auction, about three months faster than the average 397 days it took to resell renovated REO homes.

Among the FHA foreclosures, local investors resold their renovated homes an average of 287 days after the foreclosure auction, nearly five months faster than the 431 days on average to resell renovated REOs.

But what about the foreclosed properties that don’t end up in the hands of owner-occupants? Are those going to “large investors” building single family rental empires, as claimed by the popular narrative?

Once again, the data clearly points to this narrative being outdated.

The popular narrative about foreclosure auction buyers is grounded in truth; it’s just truth from more than a decade ago. Public record data looking at the total foreclosure sales market demonstrates this. In 2009, at the peak of the Great Recession’s foreclosure crisis, more than half (52%) of all foreclosure sales were sold to entities who purchased at least 10 properties in a calendar year, according to data from ATTOM Data Solutions.

But that share has gradually shrunk over the last 12 years. In 2020 and 2021, only 11% of total market foreclosure sales went to entities who purchased at least 10 properties in a calendar year.

This technology-enabled transparency is creating equal opportunity for more buyers, including smaller-volume local investors who can now better compete against the large-volume institutional investors.

Daren Blomquist is vice president of market economics at auction.com.

FAR president on the role home equity can play in supporting retirement str...
Scroll to top