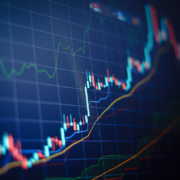 Angel Oak Mortgage Inc., a real estate investment trust focused on investing in nonqualified mortgages, announced that it recorded net income of $21.1 million for the year ended December 31, 2021, and $3.1 million for the final quarter of last year, on net interest income of $49.1 million and $16.6 million, respectively.

The earnings performance of AOMR in 2021 represents a big bump from 2020, when REIT reported annual net income of only $736,000 on net interest income of $33.3 million. The company’s total assets over the period, propelled by loan purchases, also skyrocketed, from $509.7 million to $2.6 billion.

“The fourth quarter of 2021 capped off a truly transformative year for the company, as we continued to capitalize on strong demand for non-QM loans [nonqualified mortgages] and the power of the Angel Oak franchise,” said the company’s president and CEO, Robert Williams. “Since our IPO [in June 2021], we purchased $1.4 billion of loans, bringing our total loan portfolio to over $1.1 billion at year end.”

AOMR is a publicly traded REIT that is part of Angel Oak Cos., a long-term player in the non-QM mortgage market. It is externally managed and advised by an affiliate of Angel Oak Capital Advisors. AOMR’s affiliated mortgage companies are expected to originate more than $7.5 billion in non-QM loans in 2022, compared to $3.9 billion in 2021, the family of companies recently announced.

Over the last six months of 2021, since going public, AOMR has purchased $1.4 billion worth of residential mortgage loans, bringing its total portfolio of residential mortgages and other assets to $2.6 billion as of year-end 2021. That represents 77% growth since its June IPO, AOMR’s earnings statement reveals.

In addition, at year-end 2021, the company was party to six financing lines that allow borrowings in an aggregate amount of up to $1.25 billion. Since year-end, the company has extended the maturity date with respect to multiple facilities and added $50 million of additional committed financing capacity, according to its earnings release.

A total of some $4 billion in securitization volume across 10 deals has been completed through the AOMT shelf since March 2021, data from Kroll Bond Rating Agency shows. That includes the three sole securitizations — valued at $1.2 billion — that were completed since this past June by the Angel Oak Cos. public REIT, AOMR.

The REIT declared a fourth-quarter 2021 dividend of $0.45 per share, which is payable on March 31 to shareholders of record on March 22.

“We are pleased with our accomplishments in our first year as a public company, benefiting from the support of the Angel Oak platform, and remain steadfast in our charge to deliver attractive, risk-adjusted returns for our shareholders as we execute on our long-term strategic growth plans,” Williams said.

Angel Oak Mortgage Solutions recently announced that it is allowing short-term rental properties as eligible collateral for its investor cashflow program, though it is not permitting “condotels” to be used as collateral.