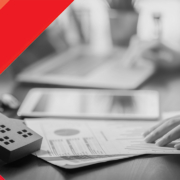 Counting this latest offering, Angel Oak Cos. — through its affiliated companies, including real estate investment trust, or REIT, Angel Oak Mortgage Inc. (AOMR)— has brought to market a total of five PLS deals backed by mortgage pools valued at $2.1 billion.

For all last year, during a much calmer economic environment, non-QM lender Angel Oak closed a total of eight PLS offerings valued at $3.8 billion.

The question remains, however: Is Angel Oak’s liquidity strategy sufficiently robust to get it through the current economic environment, which is marked by high market volatility and fast-rising interest rates?

“The technical picture for nonagency RMBS since late last year has been a headwind for valuations year to date,” the Angel Oak white paper states. “Not only have nonagency RMBS been under pressure for the same reasons impacting agency MBS, … (e.g., surging rates and surging volatility), but also a robust new issuance calendar, particularly in the non-qualified [non-QM] mortgage subsector, has further weighed on [MBS] valuations.

“… This robust [PLS] pipeline is finally beginning to clear, which should begin to slow issuance meaningfully in the second half of 2022. In the meantime, surging supply met with waning demand from money managers (who are facing record outflows this year) has pushed spreads and yields to the most attractive levels we have seen in the post-crisis period.”

If those spreads and yields are attractive to investors, however, it usually means the margins for RMBS issuers like Angel Oak are squeezed. That helps to explain part of the reason Angel Oak Cos.’ affiliated REIT, AOMR, which reports its financials publicly, recorded a $43.5 million net loss in the first quarter of the year. Contributing to that loss was the “$2 million of securitization costs” associated with AOMR’s February 2022 PLS offering alone, Brandon Filson, AOMR’s chief financial officer, said during the company’s first-quarter (Q1) earnings call on May 12.

Non-QM mortgages include loans that cannot command a government, or “agency,” stamp through Fannie Mae or Freddie Mac. The pool of non-QM borrowers includes real estate investors, property flippers, foreign nationals, business owners, gig workers and the self-employed, as well as a smaller group of homebuyers facing credit challenges, such as past bankruptcies.

Because non-QM, or non-prime, mortgages are deemed riskier than prime loans, in a normal market they generally command an interest rate about 150 basis points above prime agency rates.

“We have got three securitizations across our Angel Oak family of funds this year [as of May 12],” Namit Sinha, co-chief investment officer at AOMR, said during the company’s Q1 earnings call with analysts. “… And all of these deals have had coupons in the mid- to high 4% [range], which you would consider to be in the current context of the market discount coupons.”

In fact, according to bond-rating documents, the bulk of the loans backing Angel Oak’s five PLS deals to date are seasoned, or aged, between 7.4 and 10.7 months, which means most of the mortgages were originated at the lower rates prevailing last year. Consequently, Angel Oak’s PLS deals so far this year do not involve significant current production, which would command rates closer to where the market is at now.

Keith Lind, CEO of non-QM lender Acra Lending, said Acra’s mortgage rates have been in the “high 7%” range for the past month, “and there’s good liquidity” at that level.

Sinha, during the first-quarter earnings call in mid-May, confirmed that a good share of the whole loans then on Angel Oak’s balance sheet being prepared for securitization “are seasoned between three and six months.”

“Our loan portfolio is beginning to reflect increased coupons [interest rates] in response to the higher-rate environment that accelerated in late Q1,” Filson added during the AOMR earnings call. “The latest rate locks [as of May 12] on loans at our affiliated mortgage companies are over 7% weighted average coupon, which is approximately 250 basis points higher than our March 2022 loan portfolio.

“The lower-coupon loans have become sort of orphans of the market,” Lind explained in a recent interview focused on the overall PLS market, not Angel Oak specifically. “Investors are not jumping to buy bonds backed by [mortgage loans with] coupons so low that the loans [in the collateral pools] can’t even cover the coupon on the bonds and securitization [costs].

“So, I think it’s going to be difficult if people want to securitize that because it doesn’t seem to be received very well by investors in the securitization market.”

Executives with Angel Oak Cos. declined to be interviewed by HousingWire for this story.

Despite having a large volume of lower-rate mortgages in its securitization pipeline and the red ink posted by AOMR in the first quarter, Sinha expressed confidence during the Q1 earnings call in the company’s ability to navigate the current liquidity challenges.

“Generally speaking, the loans we have bought in the first quarter are still loans that were locked in at market rate at that time, which were in the mid- to high 4%. [range],” Sinha said. “… We have had a lot of success getting these deals out, and one of the deals just closed today [May 12] had a very good success in terms of the bond placements, et cetera.

“… The current coupon, that always is the target,” she added. “Now, as rates become volatile and they move around, when those loans eventually are securitized, the terms can vary. And we do hope to capture most of that variation through interest-rate hedges.”

In addition to hedges, Angel Oak also employing a strategy of mixing lower-rate and higher-rate mortgages in its securitization pools.

“We are continuing to buy current coupon loans from Angel Oak or even from outside sellers, mixing them with [lower-rate loans] to create somewhat of a higher coupon pool, and execute securitizations over the next six to 12 months to make the securitization process easier,” Sinha said during the Q1 earnings call in response to an analyst question about the practice.

Angel Oak also has another arrow in its quiver when it comes to surviving the current rate crisis. Filson pointed out in AOMR’s Q1 earnings call that the lender as of March 31 had $90.4 million in cash and cash equivalents on its balance sheet, plus financing facilities lined up with six banks.

“Subsequent to [after Q1] quarter end, we added a new $340 million credit facility, bringing our total current capacity to $1.64 billion. This, combined with our increased cash balance as of the end of the quarter, demonstrates our commitment to a sound liquidity management strategy during this period of rising rates.”

AOMR CEO Robert Williams says despite the challenges of the current rate environment, Angel Oak has a strong balance sheet with “ample liquidity.”

“Our first-quarter results were impacted by unrealized mark-to-market losses on our balance sheet,” Williams added. “And a big part of that was due to significant widening of credit spreads. … [but] our portfolio remains strong. We are confident we can operate in this complex environment, focusing on strong underwriting and sound liquidity.”

Lind stressed that loan quality in the non-QM space is not the issue today. “These aren’t bad loans, just bad prices,” he said.

AOMR is scheduled to released second-quarter financial results on August 9.

June 2022 Housing Market Statistics: Interactive Map of Every ZIP Code in the...
Scroll to top