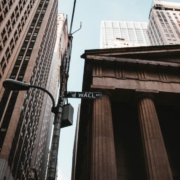 Last week, mortgage investment firm Ellington Financial (NYSE: EFC) announced that it had reached a deal to acquireleading reverse mortgage lender Longbridge Financial, in a deal valued at roughly $75 million for a 49.6% stake. Since EFC had already maintained a stake in Longbridge, the deal will basically serve to close the remaining gap in ownership and situate EFC as the primary owner of Longbridge.

Soon after the deal was announced, EFC related great confidence in its decision by citing generally favorable demographics for the reverse mortgage industry, Longbridge’s portfolio of mortgage servicing rights (MSRs) and well-established confidence in the lender’s financial standing as three leading factors that ultimately led to the final deal.

For those already engaged with the reverse mortgage industry, reaction to the overall deal is positive. It also had a degree of surprise connected to it for John Lunde, president of Reverse Market Insight (RMI), but perhaps not as much surprise as it otherwise could’ve had, he said.

“I was surprised, but to a certain extent just because there was already an existing ownership stake there, it’s a pretty natural next step from that perspective,” Lunde told RMD in an interview. “I think that’s a vote of confidence. They’ve obviously had a significant ownership stake for a while and have been pleased with it enough to put more money to work there, and take additional ownership. So, I think that it’s a really positive thing.”

In terms of how this deal could affect issues specific to the reverse mortgage industry, one of the potential effects this could have is on the reputational area. Reverse mortgage lenders, brokers and other participants often prioritize education of the public about the product type, and any time that a mainstream company says anything regarding reverse mortgages it has the potential to have an impact on that conversation.

“On the consumer side, and I don’t know that this deal really changes anything from that perspective only because I don’t know that Ellington is a really well-known brand name,” Lunde says. “I think they’re more of a financial institution on the back-end and in financing, and are active behind the scenes a little bit more as opposed to a direct, public-facing consumer brand.”

However, precisely because of that, there is potential for this move to be seen as an act of legitimizing the reverse mortgage business in the minds of investors, he says.

“On that front, this deal is certainly a positive thing,” he says. “When I think about acquisitions and how they might help the industry, I think this is a good one. We’ve seen some others that are a little bit similar, with Starwood coming in and backing RMF. The other key piece and the thing that’s been lacking for 10 years in the industry is that big, retail brand presence of some of the big banks or others that have a much more direct-consumer brand.”

Additionally on the investor side, this deal could facilitate easier access of a major reverse mortgage lender into markets it may not have been able to interact with before. This is according to Michael McCully, partner at New View Advisors.

“Ellington has a multi-decade history as a successful mortgage capital markets investor,” McCully tells RMD. “Having Ellington consolidate its ownership of Longbridge not only helps Longbridge, it brings additional well-placed intellectual capital to our industry.”

The deal is also a generally good move by Ellington according to Douglas Harter, a director and market analyst at Credit Suisse who covers EFC, and also covers Finance of America Companies. Because of that, Harter is well-acquainted with the dynamics of the reverse mortgage industry.

“[I’m] familiar with the favorable demographics and the favorable environment that has been [prevalent in] the past year or two with the strong home price appreciation helping volumes,” Harter says of the reverse mortgage landscape. “So with that, I think the backdrop and the investment case to be made in Longbridge is favorable. For EFC specifically, the fact that [Longbridge] is still about 10% or so of their equity even with this deal, I think it fits very much into what they are looking to do.”

Those goals that EFC has, as explained by its vice-chairman and COO Laurence Penn on a recent earnings call, is to have a diversified model by investing in certain niche areas to bolster its available sourcing channels, Harter says.

The intention on the part of Ellington is also colored by the intent of Home Point Capital in offloading its own ownership stake in Longbridge as a part of this sale, Harter says.

“[Home Point was] looking to sell their non-strategic or non-core asset in order to improve their liquidity,” he explains. “I think if you put all those pieces together, you have an attractive return to EFC and a partner looking to raise liquidity. I think that when you put those two together, it makes sense for EFC to have acquired the remaining stock.”

The fact that this is a pre-existing, longstanding relationship between EFC and Longbridge also plays into the perceptions surrounding this deal for Harter, he explains. That does not diminish the upside to EFC specifically, nor does it take away from the potential idea that EFC appears to have a favorable view of the potential the reverse mortgage industry has to drive returns on its investment.

“[EFC is] optimistic about its continuous ability to drive returns from the reverse business,” Harter explains. “Both in the ownership of the MSRs, but also the ability to continue to write new business and wanting to own the entity as opposed to just the asset. So, I think it would express a management-favorable view on the outlook for the industry.”

The post Analysts: Longbridge acquisition deal indicates good things for the lender and its buyer appeared first on HousingWire.