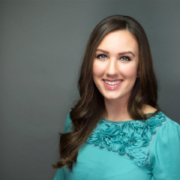 “I’m excited to rally for the independent originator by leading AIME’s support of brokers to develop future initiatives that are essential to the growth of the channel,” Sweeney said in a statement on Wednesday. “AIME is uniquely positioned to help brokers successfully meet the needs of today’s homebuyers since our team is comprised of professionals who inherently understand the needs of this essential audience.”

Marc Summers, who leads Priority Mortgage Lending, will continue as president of the broker advocacy organization.

Before joining AIME in 2020, Sweeney worked on sales and strategy at broker tech startup ARIVE. She is also a former vice president of lender Pacific Union Financial, which was later absorbed by Mr. Cooper.

Several boldface names at the nation’s top wholesale lenders celebrated her promotion. Mat Ishbia, president and CEO of United Wholesale Mortgage, said Sweeney has “does a fantastic job leading the AIME team and community and I look forward to her continued support to bring brokers together and grow the channel.”

Phil Shoemaker, president of originations at Homepoint, said Sweeney had grown the AIME organization during her tenure.

“We’ve seen first-hand how Katie has grown within the AIME organization, and are excited to see her unwavering leadership continue to ensure that brokers are well represented and have a voice in the industry,” he said.

AIME has had a difficult eight months. Its former Chairman Anthony Casa stepped down in October following backlash stemming from a lewd and sexist video he sent to Rocket Companies‘ wholesale leader Austin Niemiec. A number of lenders cut ties with AIME following Casa’s remarks, which were made about Niemiec’s wife. It also spurred a defamation lawsuit.

Since stepping down, Casa has opened his own mortgage brokerage in Philadelphia.

Prior to the housing crisis in 2008, mortgage brokers were responsible for nearly 50% of originations. After the crisis, with a bruised reputation, their market share fell to single digits until it began rising phenomenally less than five years ago.

Today, the broker channel originates about 20% of residential mortgages in America and many of the top wholesalers and brokerages believe that number can rise to 33% in the next few years.

Upcoming IPO could value loanDepot at $6.5B
Scroll to top