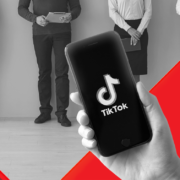 When Gogo Bethke began her career in real estate back in 2011, the Romanian immigrant felt like social media was her only option to generate leads and close deals.

“I am not from here, so I had to figure out how to convince strangers to buy or sell a house through me,” Bethke explained. “A lot of people suggested cold calling, but I was not going to do that. First of all, my name is Gogo, second of all I have an accent and third of all I’m not begging anyone for their business.”

The next option was to form an area, which involves picking a neighborhood and sending postcards, flyers and door knocking. “I’m a petite blonde, I’m not knocking on doors. And I was broke so I [didn’t have] the resources needed to form an area,” Bethke said. “Then the last option was buying leads from Zillow and spending thousands of dollars, which again, I didn’t have the money for.”

Instead, the Michigan-based eXp agent created her Facebook business page shortly after passing her licensing exam in 2011 and named it “Gogo’s Real Estate.”

“I think it was even before Facebook business pages even existed,” she said with a laugh. “I just started with the good, bad and ugly and I just owned it. I told everyone ‘Hey, I’m a brand new agent and I’m learning this as I go and I’m going to take you guys on the ride to see what it takes to be a Realtor.’ I became pretty good at social media out of necessity because I had no other option.”

A growing number of agents like Bethke have turned to social media to generate leads because they did not love the idea of cold calling or door knocking and they felt it was the most effective way to reach a large audience.

“When I started, my number one goal was to build a brand and Instagram was honestly the number one choice for me,” Vancouver, Canada-based Oakwyn Realty agent Kim Lee said. “I started three years ago when I started in real estate and my goal was to build a brand to help connect with new clients and to make sure past clients remember me. I was hoping people would remember me and keep me top of mind for the future.”

A personality for every platform

There is no shortage of social media options and many agents, like Lee, have turned to Instagram. Others are finding that they can make the most out of their presence on any platform by utilizing them for different aspects of their business.

Over half of Realtors said that social media was their top lead-generating technology tool, according to an October survey report from the National Association of Realtors. The most popular social media app among the random sample of Realtors surveyed was Facebook, with 90% of respondents reporting they used the app, followed by Instagram at 52% and LinkedIn at 48%.

“Instagram and LinkedIn have become paramount to our lead generation,” Rodriguez said. “They have been really effective in the luxury market and new construction segments.”

Using LinkedIn has been a great way to connect with builders and developers, while Instagram caters itself well to sharing glossy photos of luxury listings, Rodriguez said. Despite these differences, Rodriguez and his team share most of their content across both platforms.

Bethke also shares similar content across all of her social media platforms, but she tailors the posts and content to suit the different followings she has on each platform. Her Facebook is mostly made up of local Michigan homebuyers and sellers, while her LinkedIn has a lot of other agents and real estate professionals and her Instagram is a mix of both.

“You have to be professional with LinkedIn,” Bethke said. “You aren’t going to see photos of me having a party with our real estate team on there, that goes on Instagram, and Facebook is somewhere in between.”

Zachary Scher, an agent with Signature Premium Properties with over 86,000 Instagram followers, has a similar gradation in the professionalism of his content with Facebook being the most formal and TikTok being the most informal.

“It is more silly stuff,” Scher said. “You can have more fun with it. It is definitely where I can bring more of my personality out. You can just be a little less professional and it is more acceptable than what people expect on a Facebook business page.”

While using social media might seem like a simple marketing strategy, there is, in fact, a lot for agents to consider. One of the biggest challenges many agents face is finding the right balance between personal and professional content.

Becca Summers, a Provo, Utah-based Keller Williams agent, whose Facebook page has over 21,000 likes, said that she tries to keep an 80/20 ratio of business to personal content.

“I work with my husband, so my personal and my business are fairly intertwined, but we try not to post that much about our kids on the business page,” Summers said. “But I think social media in general is more about the person and not necessarily the business because that is what people really want to connect with.”

“You can’t really separate the business and the personal in real estate,” Edington said. “I want my clients to see me as a real person. If you share things about your kids or your dogs, that makes you more relatable.”

“My personal posts perform way better than my business ones,” Weisser said. “If I just post a photo of a house or some beautiful décor, it doesn’t get much and those are the post I really have to promote because they are the hardest to increase reach on.”

Alexandra Biega and Rob Kilgore of the Boston-based Biega + Kilgore Team have observed a similar trend.

“We get the most engagement when we post pictures of ourselves,” Biega said. “If you look at our Instagram right now though, it is probably mostly listings, so we actually need to get better at that. But I would say our lead generation is probably highest when we post a new listing.”

Weisser believes that her more personal posts perform better because they help people get to know her.

“It has always been a relationship business, even before social media,” Rodriguez said. “Social media is just a new tool for us to use to socialize and connect. The personal content always does exactly that, it creates a connection to the audience.”

Although Rodriguez acknowledges that his social media followings could be larger, he is content with the followers he does have.

“I have no interest in having millions of followers because they aren’t going to be there for my business,” he explained. “I want followers who actually like what I’m doing and who want to have a relationship with my content and my business.”

Building a book of business one ‘like’ at a time

Creating strong relationships through social media has been a phenomenal boost to Rodriguez’s business.

“We started heavily investing in our social media about four years ago and around that time I got my first lead that I knew came directly from social media because the person called me and said, ‘I have been following you on Facebook and I love what you do for your listings. Can we meet?’” Rodriguez explained. “Now just this year alone we are looking at somewhere around $180 million worth of leads that have pretty much exclusively been generated through Instagram and LinkedIn.”

Not all social media-driven leads will convert into sales, but the agents who spoke to HousingWire said that the time and monetary investment is better than more traditional means of lead generation, so they feel that less is lost if a lead is not successfully converted.

“We do run Facebook ads to generate leads that are a little colder,” Summers said. “They are not quite as successful at getting through the conversion process. I have a lot more success in the ones that are converted through just following the page and comment and engage with our content.”

Weisser, who spends roughly $1,000 per month to run Instagram ads, feels that the cost is worth it.

“Even if I convert one person per month from Instagram, it pays for itself,” she said.

While Bethke has never run paid advertisements for her social media posts, originally due to lack of funds and these days due on principle, she does acknowledge their utility.

“There is no way to be an overnight success with social media,” Bethke said. “It takes some time and a lot of effort and consistency to earn people’s trust, but if you want to speed up the time it will take, I think it is great to run ads. Just $25 invested into it can go a long way.”

Creating quality content that former clients and prospective homebuyers and sellers want to interact with is a time-consuming process. And in real estate, time is money.

Summers devotes at least four hours each morning dedicated to content creation and social media management. Up in Vancouver, Lee takes a similar approach and sets aside one day a month for content creation.

But many other agents take a more fluid approach.

Rodriguez likes to have a mix of glossy professional images of properties he is listing and more informal content shot on his cell phone.

“It’s very easy to just pull out your cell phone and do a quick little video of the view or the kitchen and say a few words about it,” Rodriguez explained. “So I think it’s just more a matter of incorporating your social media into your schedule versus trying to carve out additional time. I think once you get into a routine, it becomes part of your every day.”

“I keep a running list of different video ideas on my phone,” Cochran explained. “I should be doing at least one video a day, but it doesn’t always work that way. But I just do things when I have time. If I am sitting in my car between appointments and have 30 minutes, I’ll stick my phone on the dashboard and do something then.”

Dinosaurs and the social media meteor

It has been over a decade since her first foray into the world of real estate social media and Bethke has over 7,600 likes on her Facebook page and over 59,800 followers on Instagram. After frequently being asked for advice on how to grow social media followings, Bethke launched her own education program called Gogo’s Bootcamp, which is designed to teach agents how to leverage their social media presence to generate leads.

Bethke feels that agents’ need for a strong social media presence will only grow.

“Without social media they are going to be a dinosaur,” Bethke said. “It is no longer an option, it is a must. For younger Millennials and Gen Z’ers, if you don’t exist on social media then you just don’t exist. They aren’t going to call you, but they will DM you and set up an appointment.”

Although Bethke acknowledges that launching your social media can be a bit overwhelming, she suggests picking one platform to start with and to remember what you are selling.

“You don’t sell real estate, you sell yourself and your services because no one will pay attention to a ‘just listed’ post if they don’t know who is listing the house.”

The post Agents harness the power of social media to generate leads appeared first on HousingWire.

In the race to modernize title, firms double down on software
Scroll to top