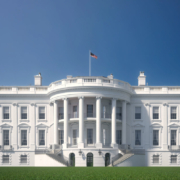 With Friday marking 100 days since President Joe Biden took office, HousingWire reviewed the actions he’s taken on housing during that time — including yesterday’s announcement of a $1.8 trillion spending plan that would eliminate a “special real estate tax break” for certain investors.

Here’s what he’s done so far.

The first-time homebuyer tax credit is now a bill

One of the key planks of candidate Biden’s housing platform was the idea of a first-time homebuyer tax credit. On April 26, United States Rep. Earl Blumenauer, D-Ore., and Rep. Jimmy Panetta, D-Calif., introduced new legislation called the “First-Time Homebuyer Act.” The bill would provide a tax credit for first-time homebuyers of up to 10% of the home purchase price, or $15,000. In order to be eligible for the full credit, potential buyers must not have owned or purchased a home within the past three years.

The program is targeted to low- and middle-income earners making no more than 160% of the area median income, and the home’s purchase price must be no more than 110% of the area median purchase price. Borrowers could claim the credit for primary residences purchased after Dec. 31, 2020. The house has to be a primary residence for at least four years, or borrowers would face taxes to recover a portion of the credit.

Several weeks ago, a separate bill was introduced to bolster homeownership among those who experienced systemic housing discrimination. The down-payment assistance bill would provide $25,000 to first-time homebuyers, but only those who are also first-generation homebuyers and economically disadvantaged. David Dworkin, president of the National Housing Conference, told HousingWire that multigenerational homeownership is a “quintessential component of why and how people become homeowners.”

The American Families Plan and 1031s

In his first State of the Union address to Congress on Wednesday, Biden unveiled plans for his $1.8 trillion American Families Plan, which focuses on federal investment in education, child care and paid family leave. It’s essentially his second-half plan to boost the country’s economy, following his $1.9 trillion American Rescue Plan he signed into law last month.

Part of the American Families Plan is the elimination of 1031 exchanges in cases where the gains are more than $500,000. A 1031 exchange allows real estate investors to defer capital gains taxes by funneling the proceeds from a sold property into a new one.

The elimination of this program for high-income investors could cause them to hold on to properties for longer that they ever have before — and may have the effect of decreasing supply and demand.

To offset costs for the American Families Plan, the Biden administration wants to raise the corporate tax rate from 21% to 28%, which, when combined with measures designed to stop offshoring of profits, would fund the entire plan within 15 years, according to the White House.

The tax hike would essentially roll back tax cuts from former President Donald Trump’s 2017 bill, which capped the amount of state and local taxes (SALT) that could be deducted from federal income taxes at $10,000.

Biden was, of course, elected during the height of the COVID-19 pandemic, as millions struggled to pay their mortgages or rent. He quickly moved to extend the federal eviction and foreclosure moratoriums — twice — and distributed through Congress $27 billion in emergency housing vouchers and rent relief.

Biden has made a point to focus on rebuilding the country from the pandemic, but he’s also been pushing for the rehabilitation of affordable housing. Part of the $2 trillion American Rescue plan calls for the construction of 500,000 homes for low- and middle-income buyers, while also allocating $40 billion for the country’s public housing system.

The post A look at Biden’s first 100 days and his impact on housing appeared first on HousingWire.