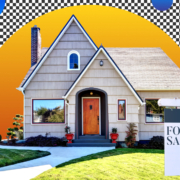 In 2020, the S&P CoreLogic Case-Shiller price index reported the highest annual housing growth since 2013. Due to low inventory, sellers are able to put their homes up at a higher rate. And with today’s low interest rates, buyers have been rushing to purchase what’s available.

The problem is, rushing to buy property might force you to settle for a house that won’t reward you financially. If you’re a buyer, you want to make sure you’re purchasing a home that’ll increase in value. Even if you don’t plan on selling anytime soon, when the time comes, you want to be able to walk away with more money than you put in. For that to happen, you need to make sure you choose a home that will appreciate  – here’s how:

Location, location, location. Whether you’re a first-time homebuyer or a seasoned shopper, you know how important it is to choose a home in a good location. But, what exactly makes a location good? Is it based on the school district? Neighboring cities? The number of Starbucks in a five-mile radius? Yes.

You want to choose a home in an up-and-coming area that’s being built up, and people are moving to. So, make sure it’s in a good school district, with low crime rates, and in a desirable location (which, for some, might mean walking distance to a Starbucks).

The definition of a “fixer-upper” varies. But in general, it’s a home that could use a few improvements. The benefit of buying a fixer-upper is that it’ll usually appreciate. By investing money into your property through renovations and upgrades, you increase the home’s price tag. Not to mention, it can be a cheaper investment for you.

With that said, some fixer-uppers need a lot of work and could end up costing you a lot of money. So, when choosing a home, look for one that could use a few upgrades – but not one that’s in complete disarray.

3. Watch Out For Specific Designs

This might sound counterintuitive, but too many upgrades in a home could decrease its appreciation. Why? Because not everyone likes the same thing. While you might really want a pool for your kids, a home with a pool might be a dealbreaker for others.

The same can be said about upgrades. While certain improvements can add value to your home, if they aren’t consistent throughout the house, it can deter buyers. For example, upgraded bathrooms in a home are great, but if the kitchen is still stuck in the 60s, your home probably won’t appreciate.

Bigger isn’t always better, especially in the housing market. While you might think a larger home will appreciate more, that’s not necessarily true given the neighborhood. For example, if your home is 4,000 square feet and your neighbor’s home is $3,200 square feet, they’ll most likely appreciate the exact same because of property value. Instead of choosing a home because of its size, choose a home because of where it’s located.

5. Check Out The Neighborhood

Appearance matters for homebuyers, and not just for the house being sold. The appearance of the entire neighborhood is a critical factor in determining how it appreciates. While your home might be immaculate, if every other yard is unkempt and the neighboring houses are run-down, your immaculate house probably won’t appreciate.

The post 5 steps to choosing a home that will appreciate appeared first on HousingWire.