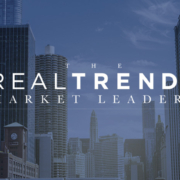 When it comes to movers and shakers in the Market Leaders report, it can be boiled down to Compass and flat-fee brokerages. Both are making noise, rising quickly up the rankings to the top of select markets around the nation.

Compass’s growth story is not unfamiliar. However, just how far they’ve come deserves recognition. They are leading three markets in California: San Diego, Los Angeles/Orange County and San Francisco. With 15,528 transaction sides and sales volume of $23,634,228,407 in Los Angeles and Orange County, they are dominating the market. In San Diego, they have 9,567 transaction sides. “In Greater San Francisco, it’s lapping the competition with a 13,000+ transaction side lead, but even more importantly, its volume is now more than double its nearest competitor,” says Scott Wright, a consultant for RealTrends and partner with RTC Consulting, which specializes in real estate brokerage M&A, business valuations and consulting.

Flat-fee brokerages are gaining momentum around the country. “Because of their low margins, this business model relies on economies of scale to make money,” says Wright. And, they’re growing quickly. Last year, United Real Estate wasn’t listed on the RealTrends Market Leaders report because its company-owned brokerage was just in Dallas. But, since it acquired Benchmark Realty in Nashville and Virtual Properties in Atlanta, it has entered into the top 10 in Atlanta, No. 1 in Nashville and is in the top 10 in Southeast Florida.

Homesmart’s owned company is still No. 1 in Denver by sides, and “it remains No. 1 in Arizona, with significant franchise growth around the country,” says Wright. “Phoenix is a haven for iBuyers but also for flat-fee companies.”

Equity Real Estate is No. 1 in Salt Lake City. Other flat-fee companies showing up in the report are Cummings & Co. Realtors in Baltimore, Samson Properties in Washington, D.C., Latter & Blum in Houston (Latter & Blum is only a flat-fee brokerage in Houston, not Louisiana), JP & Associates in Austin and Dallas/Fort Worth, Palmer House Properties and Atlanta Communities Real Estate Brokerage in Atlanta and Silvercreek Realty Group in Boise, Idaho.

With Latter & Blum Companies’ acquisition of Gardner Realtors, they are now more than double their nearest competitor in New Orleans by both sides (6,511) and volume ($2,184,208,980). However, if you combine transaction sides (5,036) for Nos. 2 and 3, Keller Williams Realty Services and Keller Williams Realty Metairie, that lead shrinks.

Howard Hanna Real Estate bought Rand Realty last year, and that puts them in the top 5 in New York City by transaction sides. They still dominate Charlotte, North Carolina with the Allen Tate brand. And, they continue to control the market in Cleveland, with a 20,000+ transaction side lead over Keller Williams Legacy Group Realty, LLC.

John L. Scott has taken back the No. 1 spot by transaction sides in Greater Seattle, after ranking No. 2 last year.

Keller Williams still controls Texas. Across all markets nationwide they were No. 1 in 43 markets by transaction sides.

Corcoran Global Living is one to watch. After being known only in New York City, they started franchising and are now in the top 10 in the uber-competitive San Francisco market by both sides and volume.

By transaction sides, Realogy/RGB Companies topped the market at No. 1 in 30 metro areas, Berkshire Hathaway HomeServices in 18 and RE/MAX in 18 markets.

Markets where independents are on top

There were 51 independents — which includes at least 28 that are members of the Leading Real Estate Companies of the World — who are No. 1 in their markets by transaction sides. One to note in Virginia Beach is Rose & Womble Realty. It maintains the No. 1 spot by sides and volume, fending off franchises in the area.

In the Milwaukee/Lake Geneva area, Shorewest Realtors has closed transaction sides that are more than double the No. 2, First Weber Group/HomeServices. Shorewest is also No. 1 by volume.

In Grand Rapids, Michigan, Five Star Real Estate continues to edge out the franchise competition. Same with Real Estate ONE in Detroit, which is the only independent in that area ranked.

Industry to Congress: G-fees aren’t your “piggybank”
Scroll to top