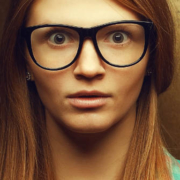 I used to think that I knew what nightmares were. Then I became a landlord. I’ve seen so many types of nightmares since I began this landlording journey, things I did not even know could exist. I’ve seen mold so thick it even covered the spider webs. I have seen rotten floor joists holding up tubs and thought, if the tenant was only 10 pounds heavier, then crash! I have seen squirrels trapped in the walls and clumps of roaches coming out of refrigerators when you open them. But I have discovered that people create the biggest nightmares.

People can do some really crazy, nightmarish things, and most of the time, you would neither know nor care about what they are up to. But when it is your tenant in your property doing it, then it becomes, at least in part, your nightmare.

Here are just some of the more memorable tenant nightmares I have had. I swear to you, every one of them is true. Even the mind of Steven King could not make some of this stuff up.

Still Want to Be a Landlord?

Here is the thing, though: We did not create most of these.

These nightmares are unfortunately part of the business. As you grow and buy properties, tenants who have not gone through your screening process come into your life. Sometimes you will know what you are getting into, and sometimes you will not. These tenants will eventually go away, but it can be nightmare in the meantime.

Some of the nightmares were our own creation. Sometimes you just have to learn the hard way. You have to learn from experience that there are red flags to look for during the tenant screening process—things like the long sleeves in the summer, the alcohol on the breath during a showing, and the parents who seem way too eager to get a place for their kid. These are all signs that perhaps something is not quite right.

If a nightmare gets passed you, all you can do is learn from it and move on. Change your lease, change your policies, or change your screening criteria to prevent the same from happening again—and remember that hindsight is 20/20 for a reason.

To close, let me say that we have had and continue to have many good tenants who we are very thankful for. In fact, most of our tenants have been decent, prompt, and respectful folks. But you always seem to remember the bad ones, don’t you?

So, let’s hear it. Do you have a story of a nightmarish (or conversely, awesome) tenant experience?